skip to main | skip to sidebar

Searching Out the Elusive Roman Hyacinth...

Once upon a time, long ago, a delightful and fragrant bulb was grown during the winter and spring months to celebrate the miracle of spring, albeit a bit early. Nobody knows who first began to "force" Hyacinths, both in soil as well as a novel and beautiful method of growing in specially designed Hyacinth vases, but it became a very popular hobby for the horticulturally inclined in most of the western world. 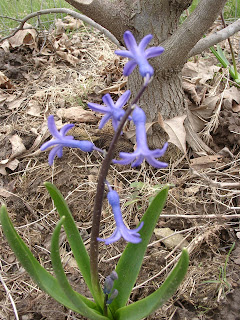 The many amazing varieties that have been bred in the last three hundred years can all be tricked into early bloom, but the queen of the hyacinths is the wild species, known as the French-Roman Hyacinth. The primary hybridisers have always been the Dutch, and at one point, Hyacinths were at a similar frenzy of popularity that the Tulip is famous for. Double blooms,single blooms, more and more colors were selected and developed into the fat fragrant spikes that can scent an entire room with their powerful perfume. The antithesis of all this hybrid frenzy, was the wild Roman Hyacinth. It naturally came in four colors; the first and most common color was a deep blue, then a beautiful pale porcelain blue color, followed by a pure white form and last but not least, the cinnamon scented pink Roman Hyacinth. What makes these Hyacinths so special? Well the primary difference is that the flowers themselves are much more delicate, spaced more widely than the common hybrid sorts. Their scent is more sweet and ethereal, and the best part, is the fact that these bloom with multiple sprays of  fairy- wand flowers.


These French -Roman beauties were raised by the millions for the world market, primarily in southern France, and grown in wealthy as well as working class homes.They could be grown in a pot of damp,sandy soil, or in the favored craze of water forcing--early hydroponics. Most reference books claim that these more delicate bulbs could not be grown into a North American zone five-but I've only known them to be completely hardy here. Most Dutch Hyacinths don't perennialize easily, but Roman Hyacinths can make a fine colony in just a few years. You can have them bloom early, then let their foliage continue to grow and mature, replanting them in a fertile place during the next fall season. These Asia minor beauties need to be grown where they will receive good sunlight and moisture early on, then have a dry summer rest.  I think Around deciduous shrubs is a good choice, assuring a more arid atmosphere compared to a typical well watered flower bed.


So, do you want to go out and buy yourself a big bag full of these great historic bulbs?? Well, that's a little bit of a problem. These were traditional decorations from Christmas through Easter time, gracing windowsills around the world, often grown in small crates as well, wrapped in colorful crepe paper and ribbons, as well as just to cut for vase arrangements. After a hundred years of this hobby, it must have seemed old fashioned and thus less and less desirable for the modern generations that had just discovered the new craze for African violets and other "tropical" beauties as well as the much larger, colorful Dutch hybrid Hyacinths. Even twenty years ago, you could easily order Roman Hyacinths along with all the other popular spring flowering bulbs, today there are no large scale bulb firms that sell the real thing. They may have a hybrid version called a "festival" multi floral Hyacinth, and they are very nice, but impostors, none the less. These are hybrids with the colorful and popular large flowered Dutch Hyacinths with their wild cousins, the true Roman Hyacinth, Hyacinthus orientalis albulus. I think it's important to preserve the species bulbs, and perpetuate them in our modern gardens, as well as our modern lives.

When I became more and more fascinated with these bulbs, I found a few sources for these antique bulbs-and now there is even less availability to buy these treasures. I obtained my first bulbs the best way, I traded another gardener for them. I had spotted a front yard in an old neighborhood, with a fine stand of the pale blue variety. I introduced myself to the owner, a lovely octogenarian, who had moved these bulbs to her present garden thirty years before, a gift from a fellow gardener. She called them blue bells, and they do look a great deal like English blue bells-but are much easier to grow in the United states , and they have the fabulous Hyacinth scent as well. I traded a big clump of hardy Maidenhair fern (Adiantum pedatum) and some White Czar Violets for a nice clump of the antique bulbs. We both felt like we had scored! It's sometimes easier to move bulbs "in the green" as the Britt's say, and you can find the bulbs before they disappear for another summer season

The next year, my friend Tim went to a yard sale for a house that was going to be demolished. The owners had gardened all their lives there, and had dug up many plants to sell before the property was cleared.He bought a group of bulbs, curiously, also referred to as "blue bells". He planted them, and the next spring I was taking a look-see in his garden, when I spied his new charges. These were a dark blue form, and very vigorous. I asked him where he had gotten the Roman Hyacinths, and he told me about the garden sale the year before. We drove back to the house where the sale had been, and found a cleared lot, surrounded by a chain link fence. Now, I'm not one to be deterred by a construction fence, and I found an opening to crawl through. Rough grass was all I saw initially, but then I spotted one and then another deep blue flower stalk, dotted in the wild grass. I had brought a shovel, and began to dig the first bulb. these bulbs were much deeper than I had thought, at least twelve inches deep in the dark soil. I'm not sure if that's how they always grew there, or that the soil depth changed when the house was razed.

This season, I found the cinnamon scented pink form at Old House Gardens. This is a wonderful resource for antique bulbs and flowers, give them a try! the bulbs are expensive, but they multiply and form nice clumps in just a few years. Now, the search is on for the elusive pure white variety. This should not be hard to find, as it was so popular a hundred years ago, but I've hit many dead ends so far. Someone, most likely a southerner, has them growing happily in their gardens. Although the blue forms seem perfectly hardy for me, maybe the white form is truly more tender? I've never seen it in the Midwest. I always keep my eyes open in turn of the century neighborhoods of our area, for a vintage swath of the snowy blooms. If anyone out there in the blog sphere knows of a source, or would like to trade something for some of the alba variety, please let me know!


The next post will continue my obsession with all things Hyacinth (this season...) heirloom varieties and how to grow them, Hyacinth vases,(so collectible) and using hyacinths for beautiful, fragrant bouquets as well as high- end wedding work. Happy Hyacinth hunting!
Posted by Brian David Morley at 8:21:00 PM 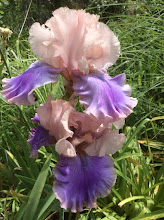 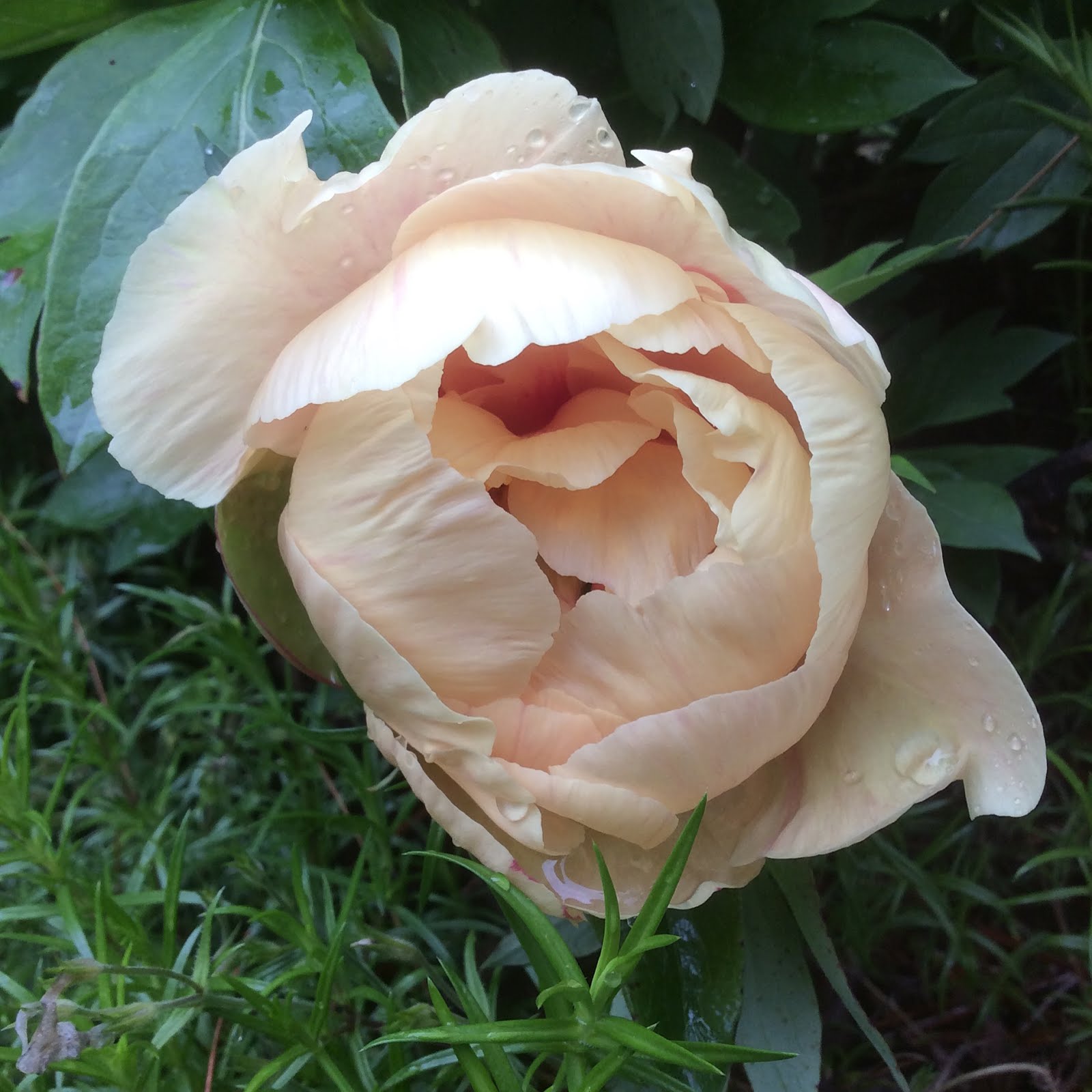 Brian David Morley
I grew up in a gardening family,and I've been obsessed ever since. I received my BFA in design from The University of Kansas,then continued to do freelance garden design until cold weather set in.That Fall, I then became a professional floral designer. I grew up working with flowers as a second nature,so fine floral design was like breathing to me. I opened my store Bergamot & Ivy 20 years ago and began doing interior design as well. My tastes are eclectic and vast,color is my forte. 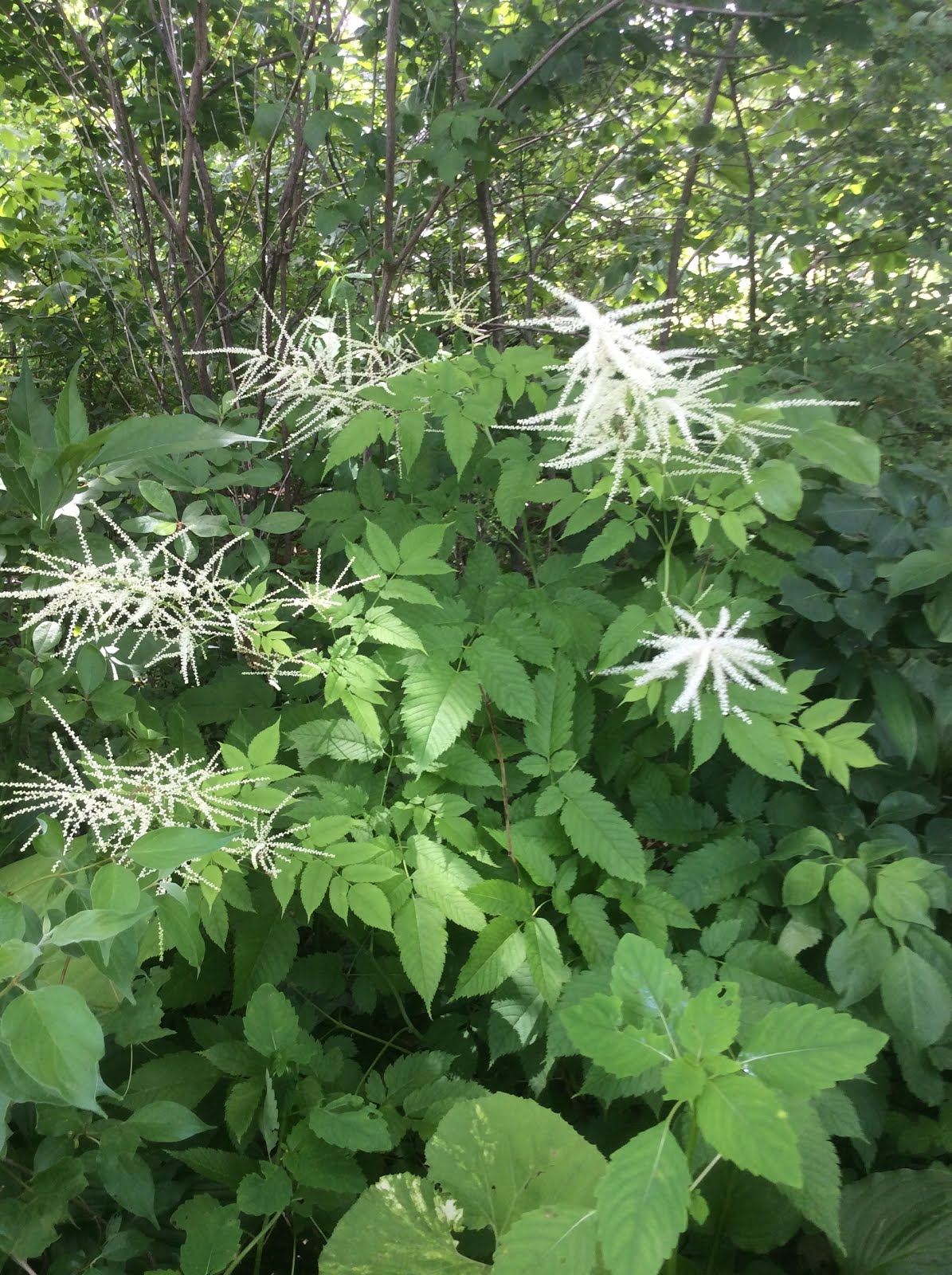 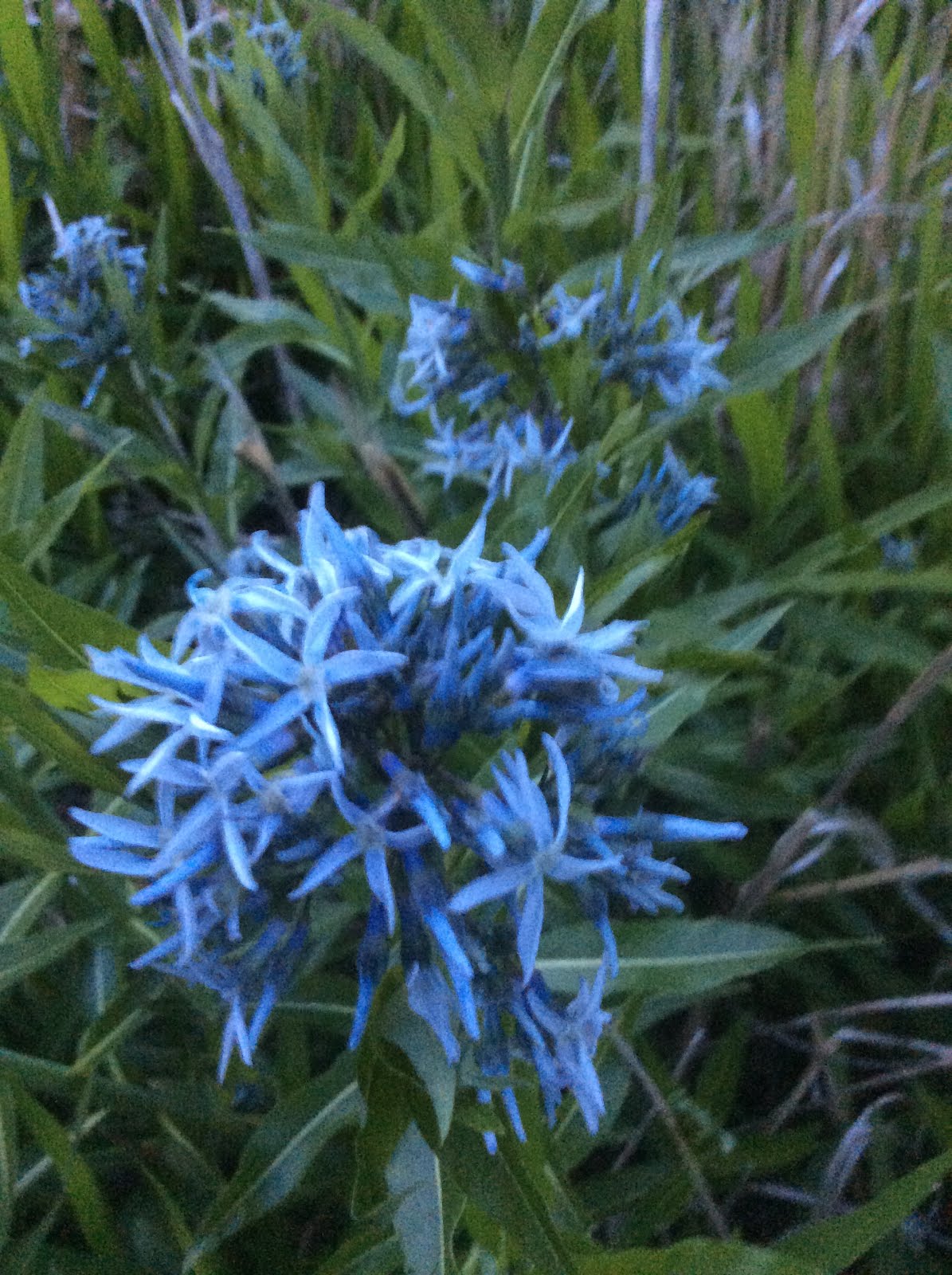 A Tapestry of Green 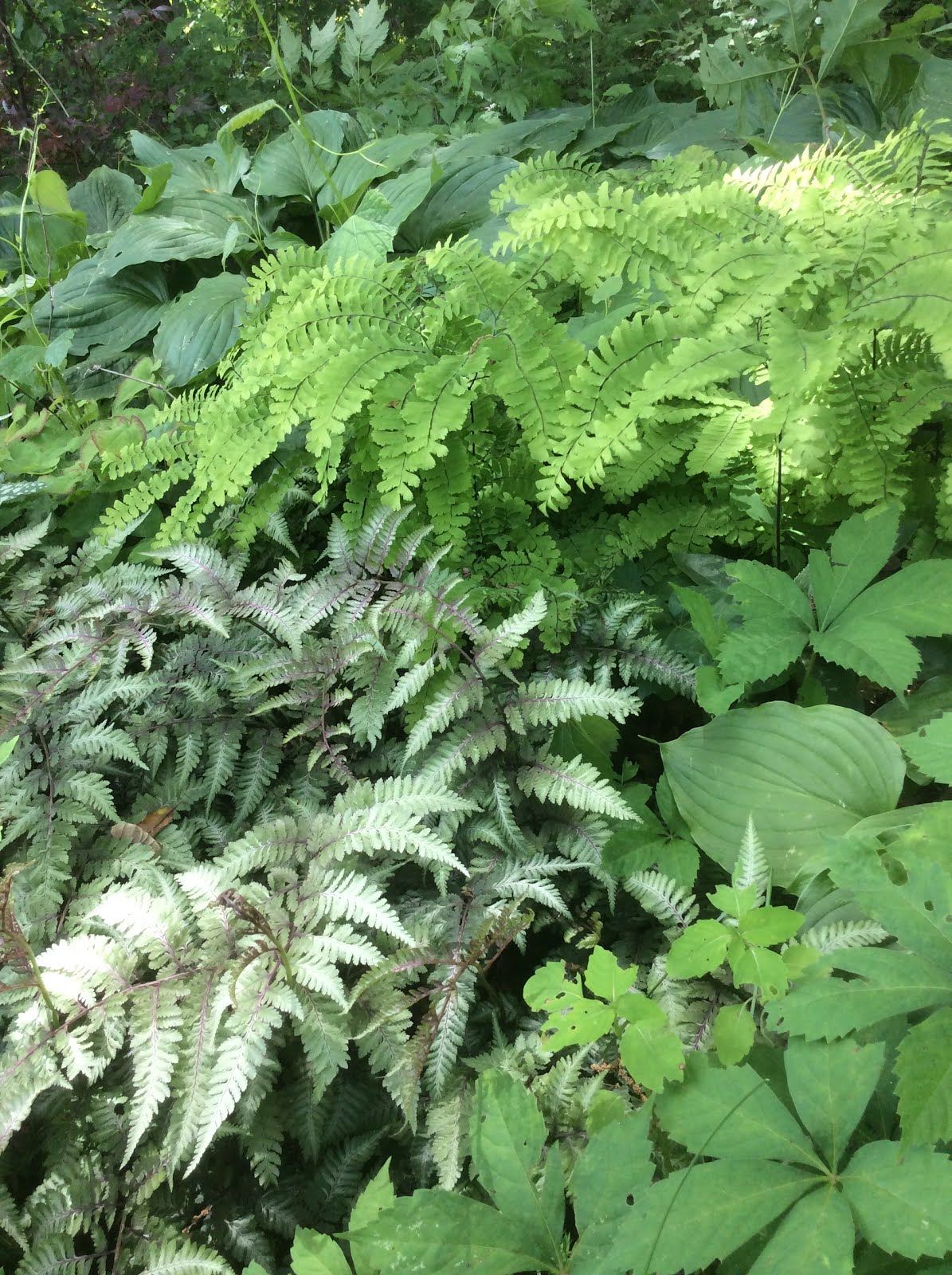 Texture in the shade 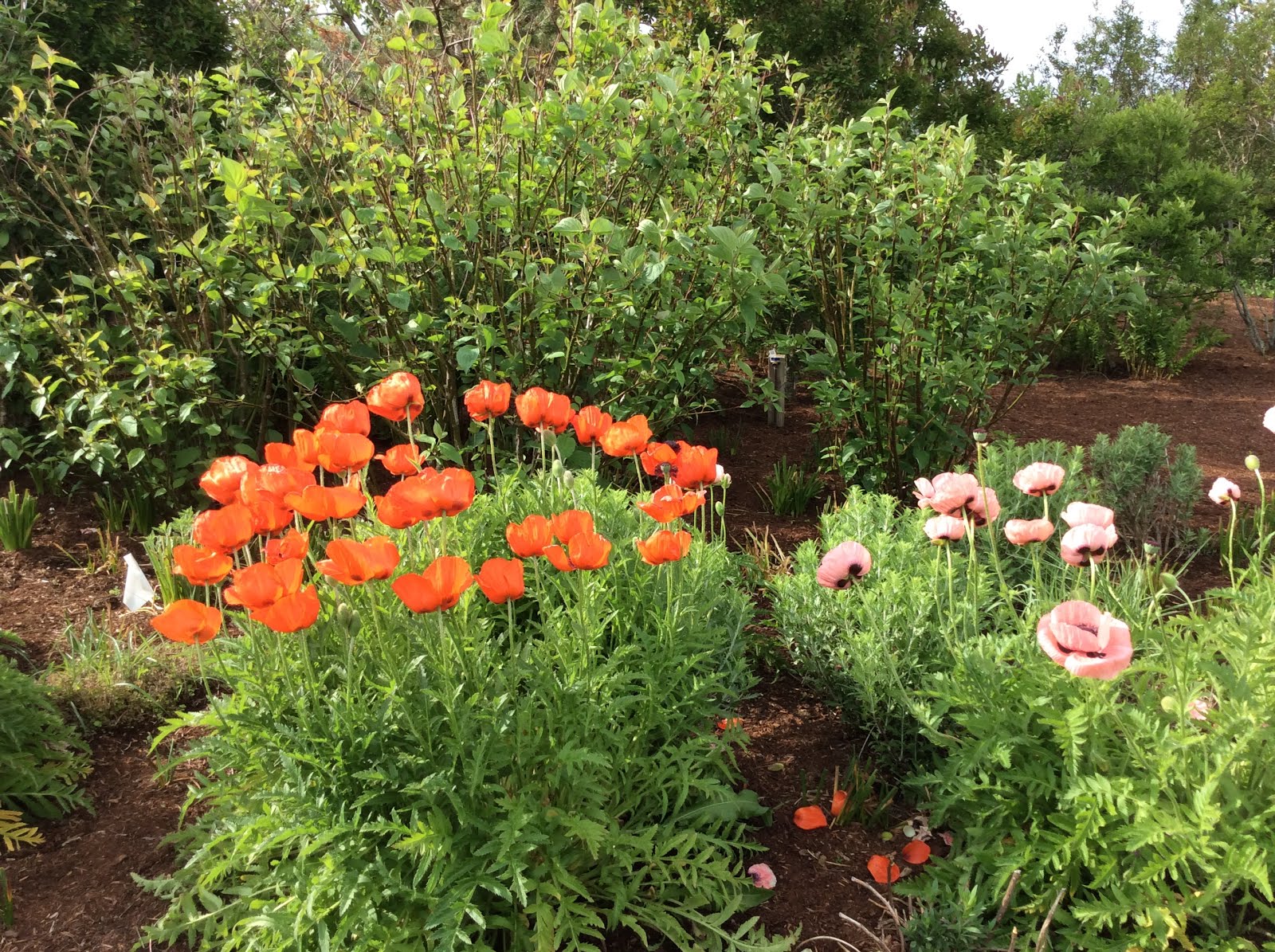 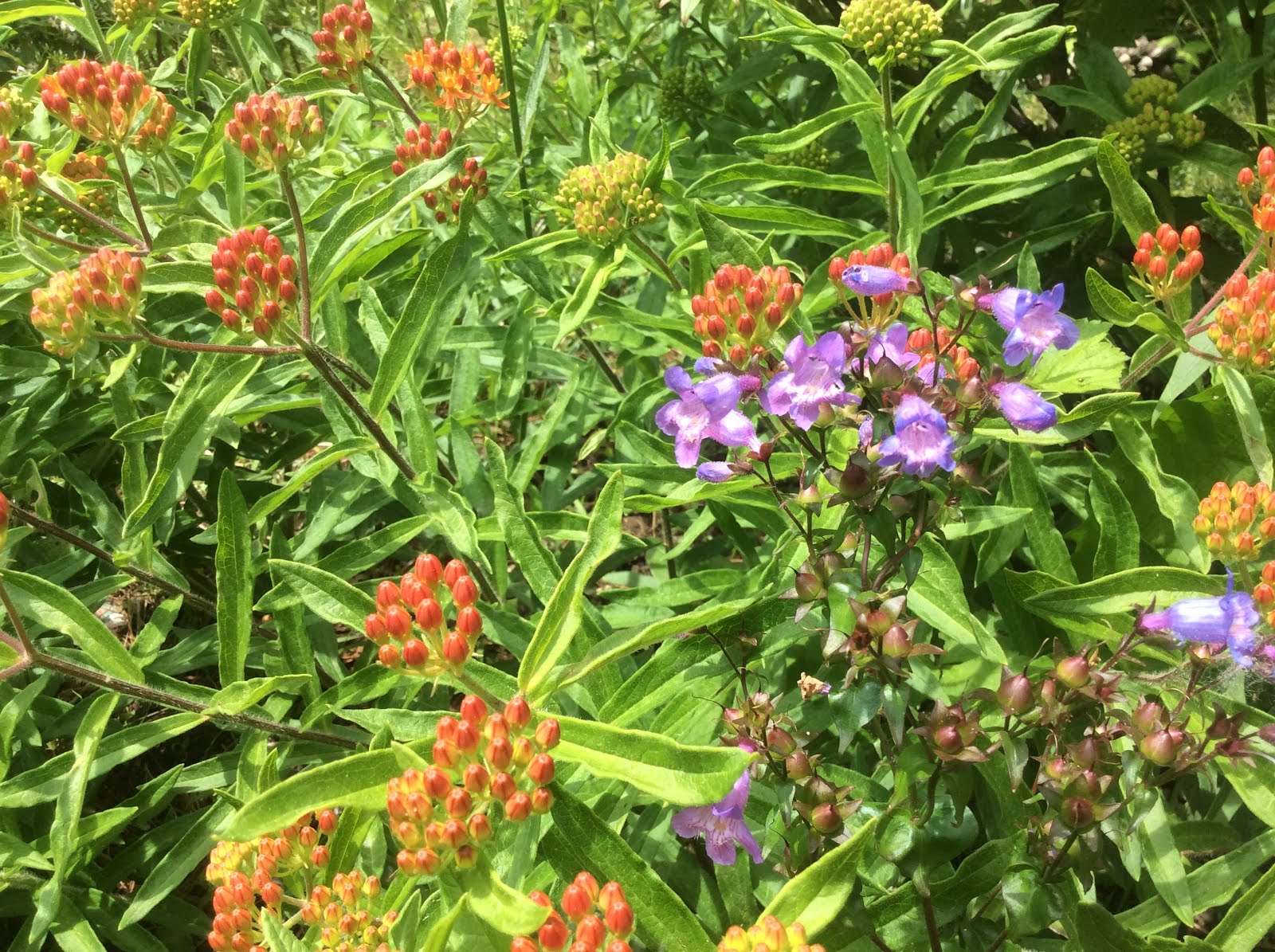